There are off-roading vehicles and then there is the Toyota Tacoma trophy truck series. It is a fact that Toyota Tacoma owners treasure their Tacomas like nothing else. And based on 2019 stats, Toyota Tacoma was the third most sold pick-up truck in the U.S. Besides that, it provides great value for your money.

From 2013 to the present day, the Tacoma trophy truck has been the favorite compact pick-up truck for users.

For those uninitiated, a trophy truck is also known as a Baja truck. It is a kind of vehicle that is used in high-speed off-road racing. There are plenty of brands manufacturing Baja trucks. But Toyota Tacoma Baja truck is one of the top-ranking options in the market.

The first-ever Toyota Tacoma was built in 1995 which was classified as a compact pick-up truck. The second generation of Tacoma vehicles was launched in 2005 and lasted till 2015, whereas the third generation Tacomas are in production and are classified as midsized pickups. 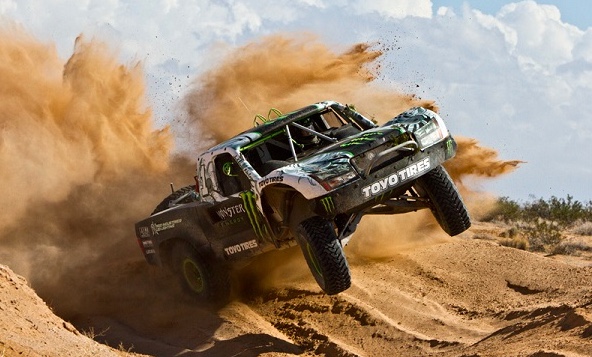 The latest Tacoma Baja truck is the 2022 edition. From the looks of it, it can be said that the makers have done a terrific job. It is designed for work duties and fantastic for the off-roading experience. It comes with a small interior but is better in performance than most other mid-size pickups.

If you are interested to know more about the latest Toyota Tacoma 2022 year truck, you should give this article a read.

Toyota Tacoma has always been at the top in the pickup truck competition. It is mainly known for its reliability and performance. However, during the period 2016-2017, the overall rankings of Tacomas went down as the vehicles were found to have various problems including transmission issues.

Despite all that Tacoma has managed to stay on the top. It is a warrior among compact pickups. Toyota Tacomas are considered to be very capable. They also feature great looks that attract the attention of people.

Speaking of Toyota Tacoma, the 2022 model is a terrific one. It is designed for solid work duties and excellent off-roading experienced. Despite the small interior space, the vehicle has managed to grab all the attention it deserves.

It is the only pickup that still comes with a manual transmission. It is equipped with a 270-hp V-6 and an anemic four-cylinder to deliver an incredible performance.

Just like the previous Tacoma models, the 2022 model has also built its reputation on reliability. It is a capable off-road-optimized model that is built to go to places. The tougher the road, the better it performs. It comes with a flexible suspension along with a piece of rugged equipment that makes it as good as its competitors such as the Jeep Wrangler and the Gladiator.

However, you should know that the 2022 Tacoma model is not as customizable as the Jeeps. Also, it doesn’t give you a smooth driving experience. Instead, it is packed with standard driver-assistance technology. 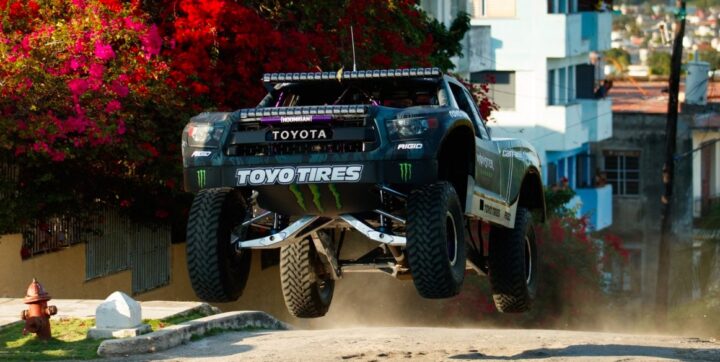 Toyota enthusiasts are eager to know what all new features have been included in the Tacoma 2022 year model.

Both the TRD Pro and Trail Edition are now a half-inch taller in the back and 1.5 and 1.1 inches taller, respectively, in the front. The increased height gives your truck an added advantage. To be more precise, it makes departure angles and break-over, over uneven terrain surfaces easier than before.

The TRD Pro features an exclusive Electric Lime paint color that is hard to miss. On the other hand, the Trail Edition is coated with Lunar Rock.

Coming to the visual updates of the Trail Edition, it features 16-inch bronze rims along with bronze lettering in the grille. The TRD Pro looks more distinguished by a debossed “TRD Pro” logo on its rear bedsides. Besides that, it has new hood graphics that makes the vehicle look more attractive. 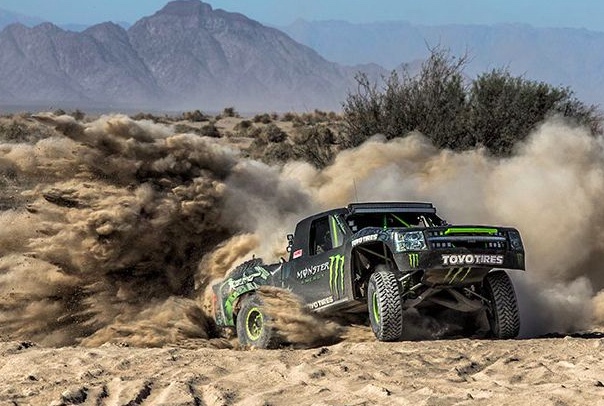 Whenever buying a new vehicle, it is extremely important to check its engine, transmission, and performance. These three are the most important aspects of a vehicle.

The 2022 Tacoma model comes with an optional V-6 engine that is good for a decent performance. But the base four-cylinder is underpowered.

The Limited models and the TRD Sport are designed for city driving, whereas the TRD Pro and TRD Off-Road versions are great for rougher and uneven paths.

Tacoma 2022 year models can handle rougher roads with ease. Their performance gets better as the road gets tougher. It can be used for pavement cruising and dirt-treading opportunities.

On the other hand, the Limited models give a satisfying riding experience. You can expect a quieter and smoother driving experience with these vehicles. 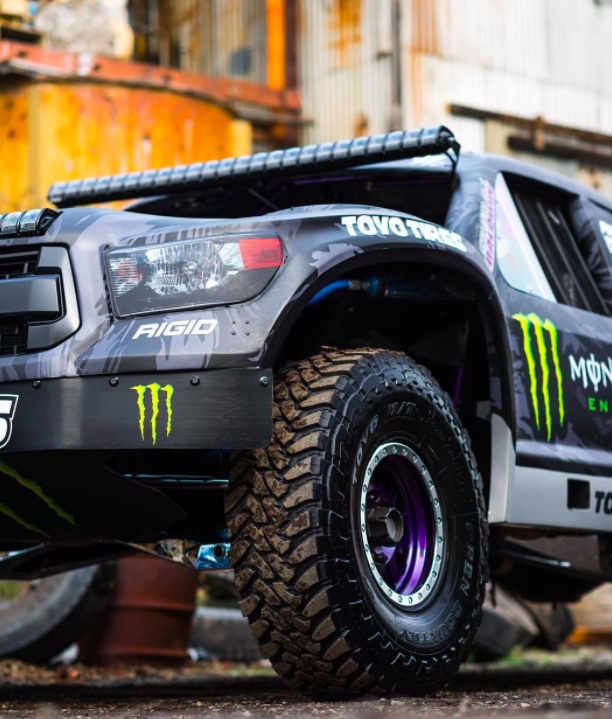 Tacoma TRD Pro is equipped with an excellent suspension system, gnarly tires, and great shock absorbers. This makes it one of the best off-roading trucks in the market. There’s no doubt that it is a great vehicle for everyday driving.

As far as fuel efficiency is concerned, the V-6 Tacoma’s EPA-rated fuel economy ranks in the middle of the list. But in real-world highway testing, it is far less efficient than its competitors.

It comes with a manual transmission that has the worst fuel economy. In the real-world fuel-economy test, the 2022 Tacoma matched the EPA highway standards of 23 mpg. However, it was still 5 mpg less than the Honda Ridgeline.

The Tacoma 2022 year model can tow up to 6800 pounds with rear-wheel drive, whereas the four-wheel-drive models can pull up to 6500 pounds.

The Tacoma’s 1685-pound payload capacity is only available on two-wheel-drive models with a four-cylinder engine. The V-6 engine and four-wheel drive have much lower capabilities.

Coming to the interior of the vehicle, it is small but comfortable. It features a utilitarian layout with materials that seems from a different era.

The higher trim levels are based on minimalistic materials and hard plastics. But now it comes with a power-adjustable driver’s seat. Despite that, you still have to deal with the cramped quarters.

The cab’s rear seat is small and passengers have to squeeze in to fit their legs. The Tacoma has more volume in its five-foot or six-foot bed. However, the limited carry-on space is still disappointing. Storage capacity is limited inside the vehicle and the crew cab has only 9 carry-ons in the back seat. Aside from the center console bin, it doesn’t have any other useful storage cubbies or bins.

Tacoma has received average crash-test ratings. However, you should know that it comes with the most basic driver-assistance technology in its class.

While the Ridgeline maintains its class-leading status, the mid-size Tacoma features more amazing tech than its competitors.

The 2022 Toyota Tacoma comes with basic touchscreen infotainment, which is common in all the other Tacomas. The base model has a 7.0-inch display, while all the other trim levels are equipped with an 8.0-inch screen.

They have also included Apple CarPlay along with Android Auto compatibility to improve user experience. You will also find several wireless charging and USB ports for connectivity. It also offers a mobile hotspot like some of its rivals.

As far as the pricing goes, Toyota has not revealed pricing for its 2022 Tacoma model. But they are expected to announce it sometime sooner or by the end of this summer.

Given the features and specs of the vehicle, we are expecting a slight increase in the pricing of each trim. We can still recommend the TRD Off-Road crew cab as it comes with a standard electronic locking rear.

Every model comes with 16-inch wheels, copious driver assists, black over-fenders, and an excellent infotainment system with Android Auto, and Apple CarPlay. It also features a subscription-based Wi-Fi hotspot. In the front, you have LED lighting as well as blind-spot monitoring, parking sensors, and rear cross-traffic alert.

Toyota Tacoma offers warranty coverage and duration that matches with most of its rivals. There’s no denying that Toyota offers the best complimentary maintenance plan.

The warranty details are as follows: 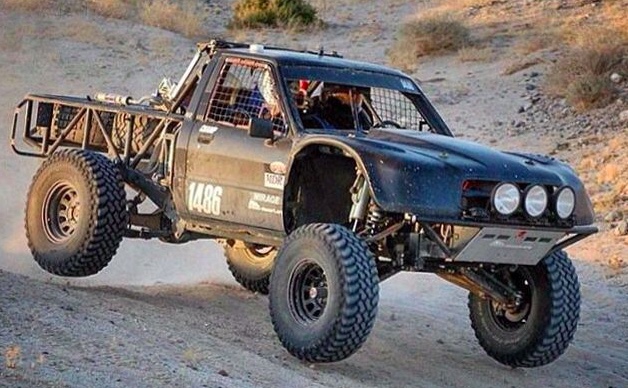 To conclude, it can be said that the 2022 Toyota Tacoma is as reliable as the other Tacomas. It has once again proven itself to be one of the best pickup truck series out there.

The 2022 model is great for off-road driving. It may have a few drawbacks such as a small interior and less legroom, but in terms of performance, it is great. If you are looking for a reliable utility truck, then you can surely go for the 2022 Tacoma model. Also, it has a bulletproof body for extra protection.

The price of the new 2022 Toyota Tacoma is yet to be revealed. If you are interested to buy a powerful compact pickup truck, then this could be the best option for you. It is designed for solid off-road performance.

How Does A Lunchbox Locker Work? Pros And Cons

What Is The Ford F-150 Reliability By Year?