The Best Off Road Vehicles

Four chunky wheels hurl earth and dirt to the rear. The lateral inclination has long since contradicted any instinct for self-preservation. And while the co-driver clenches his fingers around the grab handle, that supposedly unreachable off-road hilltop slowly approaches. Only real off-roaders can get you into such situations. Even more so out of the mud.

Off-roaders are cars that climb where others jack up. The suitability for hard terrain is only partly dependent on underride protection, high ground clearance, and plastic planks. SUVs offer the same. The difference is made by the body, all-wheel-drive system, and (sometimes) special assistants. Here are the seven best off-roaders – with clambering qualities and cult potential.

The Best Off Road Vehicles 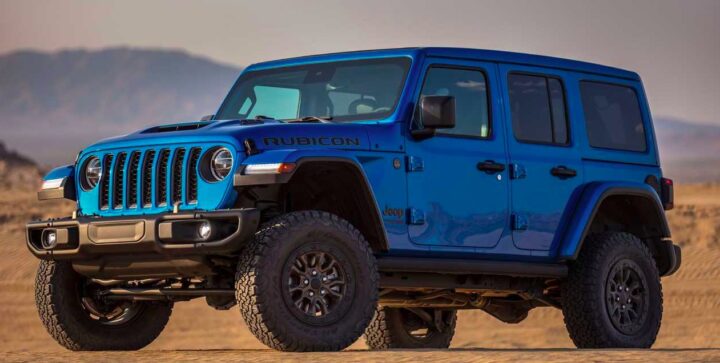 Jeep’s Wrangler is a classic. This is one of if not, the first off road vehicle is all about driving as an adventure, off-road as well as on asphalt. The look and aspirations of the best-known off-roader have remained unchanged since the mid-1980s (if you want, you can draw parallels all the way back to the original model from the 1940s).

When a child hears “Jeep”, he sees this car in his mind. The Wrangler is the most famous model of the brand. And changes over the years and generations visually hardly

In 2018, Jeep places the current Wrangler model (internal code JL) on a classic ladder frame. This is intended to provide off-roaders with torsionally stiff traction through the terrain. For a serious climber, all-wheel-drive remains without alternative. Differences in the drivetrain concern the number of cross-locks.

They increase traction, prevent solo rotation of one wheel. In the top model, the Wrangler Rubicon, the rear differential lock always remains active, while the front differential lock starts working at the push of a button.

The driver decouples the stabilizer via another switch – for more suspension travel. Assistance at the push of a button is something for wimps? Once you’ve successfully scribbled the short off-road reduction into the transmission manually, you won’t have to prove anything to anyone. 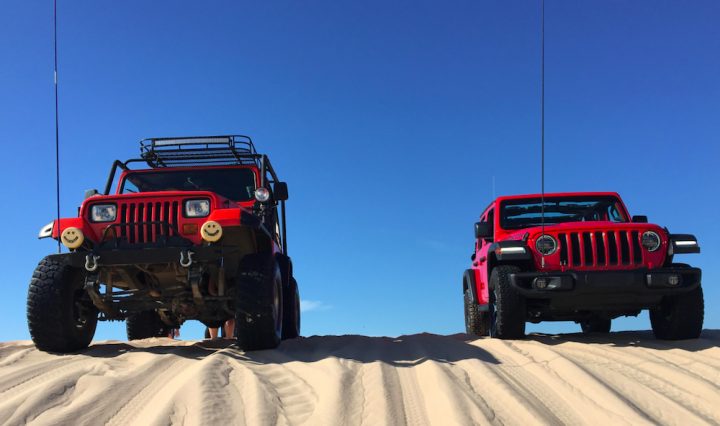 Neither does anyone who drives the Wrangler regularly on asphalt. Incoherent steering, a lot of play around the center position, rocking over waves – the Wrangler challenges its drivers. The current generation of Jeep’s core model comes as a three-door (4.30 meters) or five-door (just under 4.90 meters). 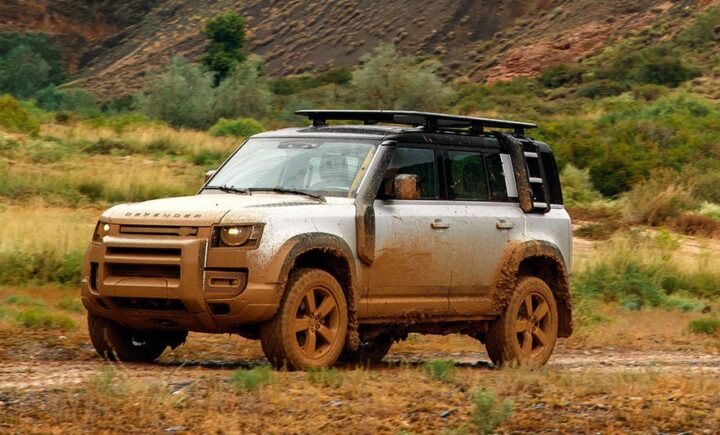 Four years without the eternal off-roader are enough: from 1948 to 2016, the Land Rover Defender drove through off-road terrain as well as urban hipster neighborhoods with conceivably few changes.

The series will return in mid-2020. The Defender II has a lot to offer off-roaders – and a lot to ask of traditionalists. Because the second edition is more like a reinterpretation than a new edition: fewer rustic edges than before, a different platform and better electronics result in a finer climber.

The Defender II inherits classic body features such as the rear swinging door and the rounded roof cutouts from its predecessor. The basic technical concept is different

Instead of the former ladder frame, the British use an aluminum chassis with magnesium bracing. Land Rover leaves this strut in the area of the dashboard uncovered, as visible proof of sufficient torsional stiffness. 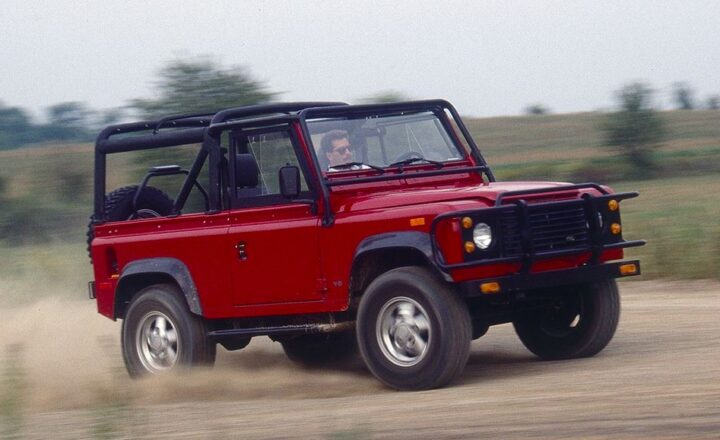 More often, one looks at the infotainment display mounted on it and the values of the sensors: How close does the Landi come to the tipping limit of 45 degrees? How much air is left to the maximum wading depth of 90 centimeters (without snorkel)?

In 1948, the first Land Rover Defender rolled off the assembly line. For 2020, Land Rover is relaunching the classic.

In the urban hipster quarter, the Defender II remains the car for the true nonconformist who no longer wants to rely solely on the retro charm of its predecessor. 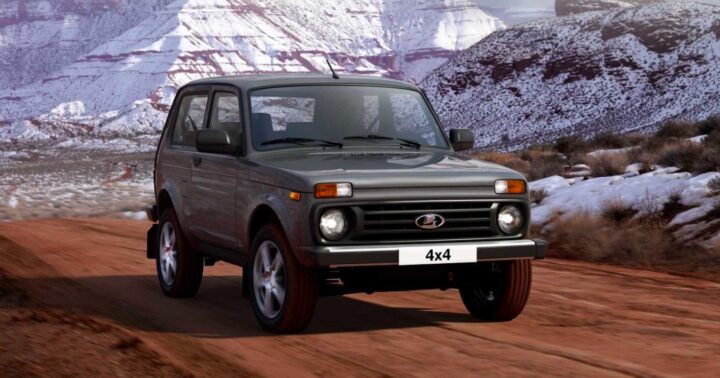 Close to the people, but soon so far away: It says a lot about a car when it not only has fans but supporters. More than 2,300 people recently spoke out in favor of the classic Lada off-roader in an online petition. The oldest off-roader on the European market is to stay.

Strictly speaking, it would have to go due to the current EU emissions standard and the output of its 1.7-liter four-cylinder gasoline engine. Russian manufacturer Avtovaz has been offering the (from) 3.72-meter-long off-roader in pictured form since 1977.

What has changed over the decades is the model designation. Lada Niva, Lada Taiga, Lada 4×4 – what is always meant is the most off-road capable new car you can buy.

After the model change of Jeep Wrangler and Land Rover Defender, the Lada Niva is the most traditional off-roader on the market. Still. A petition is intended to avert its imminent demise in the US.

With a width of 1.68 meters, it is the logical choice for narrow dirt roads. Whether the competition offers more comfort in the interior and a more modern engine in the engine compartment? It doesn’t matter if their cars simply won’t fit through the gap in the forest.

Besides, many appreciate the down-to-earth approach: With an FM radio as the pinnacle of infotainment functions and surrounded by more plastic than at a Tupper party, life suddenly seems quite simple. 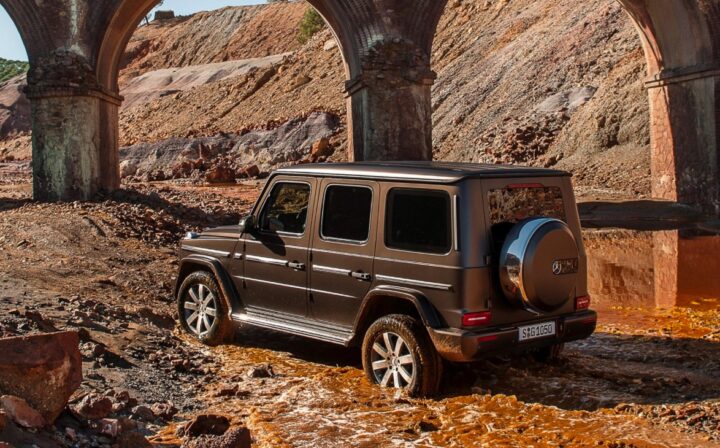 A car with the dimensions of a vacation home, the (optional) interior of a boutique hotel, and the base price of a condominium: the Mercedes G-Class is considered the classiest option among true SUVs.

But apart from that, the second generation of the off-roader has eluded all attempts at classification since its market launch in 2018.

After all, the 4.87-meter-long and nearly two-meter-high Benz fits in a mixed forest just as well as on the edge of a gangster rap video.

4×4 Basics – What Driving Off Road Means

5 Things To Know About Driving A Lifted Pickup Truck