There are many claims by the company with little to no evidence to back these claims up, but lots of people are adamant about this stuff.

It reminds me of a funny video I saw comparing women’s soaps and detergents and body wash to men’s soap. Women have creams and soaps for every body part. You can even buy a 4-step hair washing/cleansing thing that costs too much and smells like everything you want to sleep next to.

And then, the men’s body wash is a combined shampoo, conditioner, body wash, laundry detergent, toothpaste, degreaser, all in one…

How Does Lucas Oil Stabilizer Work?

How can something be designed to optimize engines with both synthetic and conventional oil? There are a lot of answers that come up the more you think about it.

Lucas Oil’s website has little to no technical information. It only has claims that do not show any independent research. Jumping around their website takes you back to 2004 when simple web video was all the rage.

The most exact thing I could find was the legal description of the oil stabilizer, “Lubricating oils, petroleum, c>25, hydrotreated bright stock-based”. 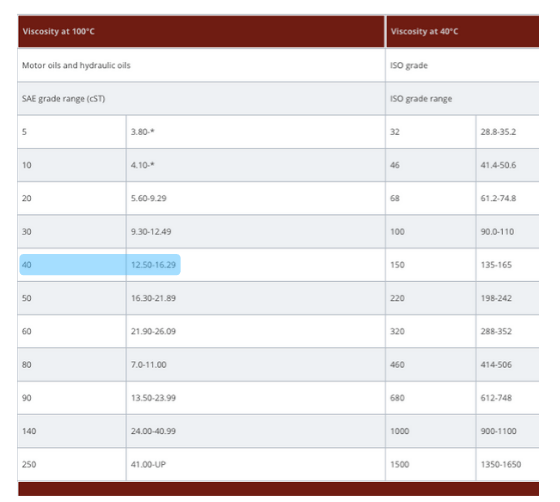 What Is The Science Behind It?

Engine oil’s primary job is to cool stuff down. It runs throughout the engine to make all the parts inside as slippery as they can be to make them move back and forth extremely fast.

Oil adds a (sometimes) microscopic layer of protection between metal parts so they don’t just burn up and stop working. Lucas Oil Stabilizer is such thick oil it will delay the engine’s oil to reach vital engine components. This can cause premature wear on the engine.

Older engines with oil leaks may benefit in the short term. Synthetic and less viscous oil tend to get through any imperfections i.e. they leak more. Thickening up the oil will temporarily decrease leaking and can extend engine life so you can get the necessary repairs.

Extending engine life temporarily can be a long-term fix if the rebuild price is too high. One can run the engine into the ground with a longer life span using this type of oil in theory. But it is at the discretion of the owner.

Synthetic oil is ideal. The oil molecule is more uniform than mineral oil so it will lubricate the engine more efficiently. It also runs thinner when starting compared to equivalent conventional oils.

That being said, adding an oil stabilizer made from minerals will only make the engine run less efficiently. It will change the viscosity and in a normal engine running on optimum oil, this will bring no better results.

Due to a lack of sufficiently large scale testing, there are not many data points to draw an honest conclusion. There are many people on both sides of the argument of whether this is snake oil or magic engine juice. There are many examples of people showing benefits and null results.

Understanding what we know from a scientific standpoint we can conclude that the risks and benefits are minimal. Reported from users, Lucas Oil Stabilizer problems may include:

Side note: These are the brands I can find that sell oil stabilizers: Lucas, STP, Motion Plus, TriboTEX, Motor Medic, Slick 50, Motor Kote, (my favorite) Marvel Mystery Oil Enhancer, as well as others you nor I have never heard of.

Do you trust brands like Marvel Mystery Oil Enhancer, Motor Kote, and Motor Medic? Or would you rather rely on brands such as Valvoline, Mobil 1, and Shell? It is a clear comparison that anyone can conclude.

There have been reported benefits by some as well. Typically they sound something like:

Now, why are there some DIRECT contradictions between the two? The reported risks are science-based and a foundation of sound engine mechanics. The reported benefits are based on individual testimony.

Except for maybe the “delay of complete engine failure” it can be common practice to use a thicker oil on older engines to extend the life of an already dying motor.

The reported benefits have not been proven completely in a side-by-side test. Instead, they are done on individual isolated instances where owners could have been better off or no different without the oil stabilizer. But they would never know because they had only used the oil stabilizer consistently.

How Does Lucas Oil Stabilizer Work In Practice?

I would be hesitant to come to an exact one-size-fits-all conclusion. The lack of science and effective testing limits any confidence in the oil stabilizer. Some have claimed increased gas mileage and longer engine life. Some have reported lots of sludge in the engine and possible premature engine wear.

Boeing test every aspect of their airplanes. The 737 midrange airplane entered service in 1978. It is the most popular airplane flown in the world. They put in thousands of hours in wind tunnels testing different shapes, jet placements, wing shape, wingtip use, even the point on the nose. They have real data to form what works best and what doesn’t.

Now compare that to Lucas Oil Optimizer. You cannot find ANY statistical data that plays a significant part in determining whether it is worth it or not. The guys out of Corona, California do not share and data nor any official Lucas Oil Stabilizer test results with the public.

Given this lack of concrete data, we can only determine the oil does not do what it says it does. The claims are wonderful coming directly from their website.

Now here is where I have a serious problem. In one bullet point, there is a claim it, “raises oil pressure“. and earlier in the paragraph right before they claim, “…allows motor oils a higher degree of lubricity which reduces oil consumption and operating temperatures.”

This is just, no. Ok, you can decrease engine temperatures with increased lubrication, but the pressure would also decrease. Don’t take my word for it, take the word of the University of Illinois:

So they claim the temperature will decrease, though, in fact, pressure can increase. Unless you personally have an engine that defies the laws of physics, this is a complete and utter B.S.

I don’t want to throw the baby out with the bathwater. But Lucas doesn’t instill a lot of confidence. They only provide baseless claims and some flat-out lies.

Lucas Oil Stabilizer seems to have put more into marketing than actual real-world research because they lean heavily on unsubstantiated claims than actual road-tested hard data. Also, the fact that not one single major conventional or petroleum oil retailer sells an oil stabilizer tells you something while other additives are available.

In theory it can work, but the science behind it is unproven. Your best bet is to give it a try for yourself and see if it improves whatever problems you may be having! 5-stars on Amazon implies many others have had success with it.

How Much Does A Trophy Truck Weigh?