What Does Seafoam Do? How Do I Use It? What Does It Treat?

So you heard about SeaFoam and you are wondering if its more glitz and glam than something that can actually help your engine and car. Is it a cure-all that will improve gas mileage or make your engine last 1 million miles?

While there is scientific testing that answers these questions, simply using Seafoam and expecting these results is much less scientific.

The following will answer these questions and more. We will learn about the advantages and disadvantages that go along with it. And at the end of this article, you will be ready to tackle the age-old question about this mystery goop called Sea Foam. 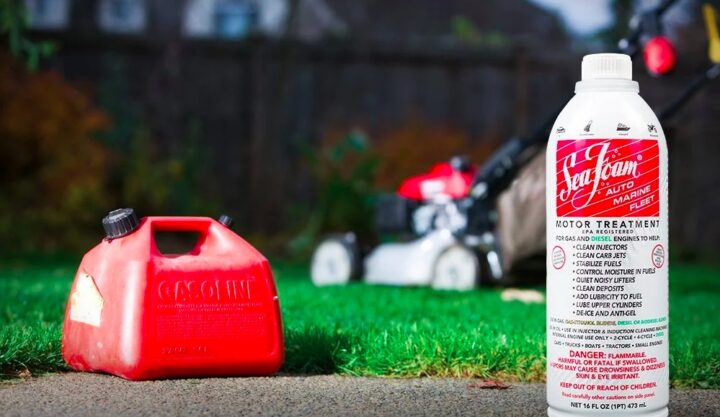 What Is Seafoam Exactly?

It can be used in a wide range of applications for the simple idea of removing carbon waste. Seafoam is a proprietary lubricant that breaks down engine build-up. Pour it into your gas tank, engine, or transmission.

Engines of the past used leaded gasoline combined with refined engine oil. Together they would move inside the engine creating fire! Or more accurately igniting fire! Two-stroke engines were dirty, smelly, and loud. They desperately needed an additive to aid in the constant cleaning and upkeep of the dirty fuel created.

Seafoam was created to lower the deposits left behind from the spent fuel and oil. Today with engines running on higher octane and unleaded gasoline separate from engine oil, Seafoam has a much easier job than before.

Oil is cleaner, engines run more efficiently and technology overall has advanced very quickly. Some gasoline actually has additives straight from the pump (Chevron with Techron. Totally worth the extra $0.50 per gallon). 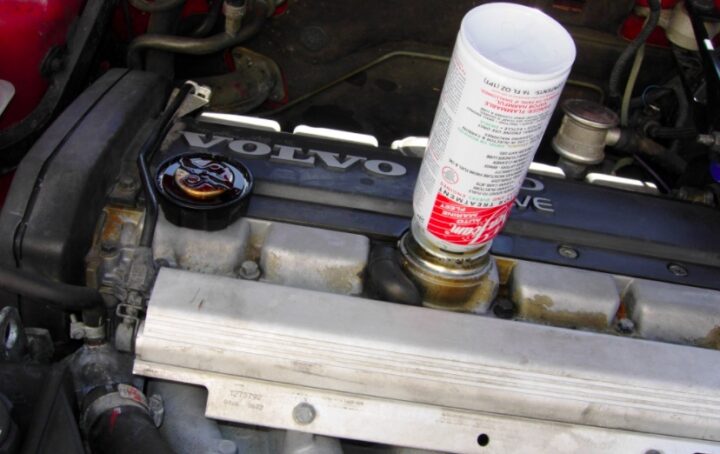 What Does Seafoam Treat?

If you drive your car or if you don’t it will degrade. The sky is blue, water is wet, and engines wear down. These are certainties in life. Engine oil is designed to lubricate all metal parts moving around the engine at thousands of revolutions per minute.

With time this highly refined oil will break down and leave a residue. This residue can cause your engine to move with more friction causing lower performance and higher gas mileage. It will also cause the metal to wear out prematurely.

There are also tubes and lines that the oil runs through that can cause clogs and leaks. Don’t forget about seals and gaskets that can cause leaks in your engine. Leaks cause low oil which causes a hotter running engine which can cause a slew of expensive repairs. 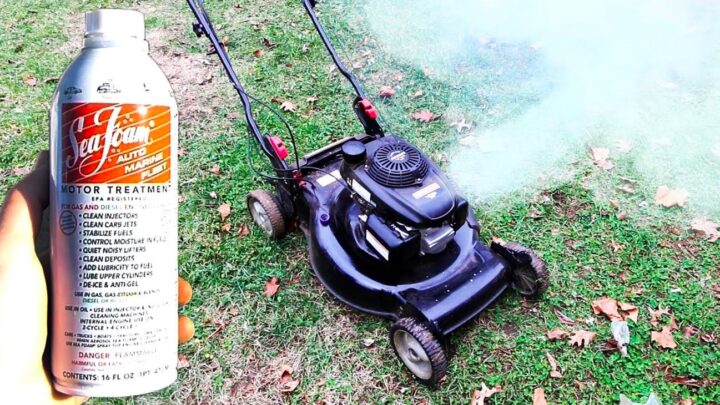 That is why ALL mechanics recommend frequent oil changes. It is the cheapest preventative maintenance you can do to your car. But what if you can extend the life of your oil and add more miles between oil changes?

Pouring Seafoam directly into your engine along with oil can dramatically improve the life of the oil as well as keep the engine running smoother for longer. Seafoam was specifically designed to make this sludge not stick to anything making it easy to remove.

This is crucial to extending the life span of your engine. Believe me. Or don’t. Check out this video comparing a lawnmower. It runs three tanks of gas. Two of them with additives and the last one with only gasoline. It has some interesting results:

Keeping your engine happy will cost much less in the long term. It means fewer oil changes, less maintenance, and fewer possible problems over the life of your engine. This means you can buy a more expensive car, drive faster, and live younger for longer. 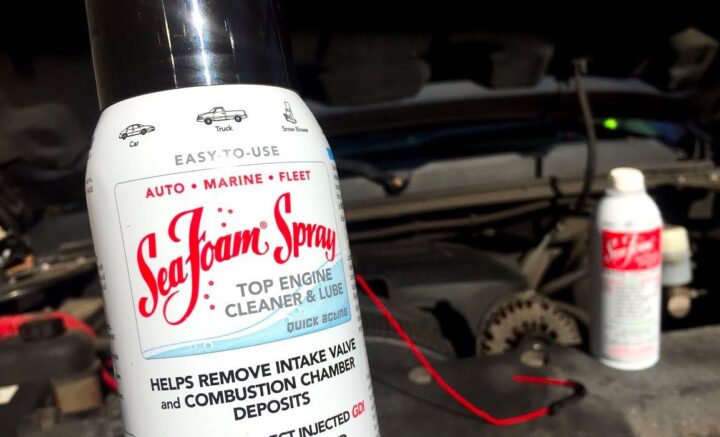 How Do I Use Seafoam?

There are a couple of different ways you can use Seafoam. You can either put it into the crankcase/oil cap or into the fuel tank or use it to clean the intake.

If you are looking for something to quieten down a noisy oil filter or other engine parts & to remove oil sludge and clean up engine sludge, then Seafoam is the right product for you. You will need to pour 8 quarts of seafoam into the crankcase for every treatment. One bottle contains 16 quarts which means that one can be enough for two treatments.

We recommend pouring half the bottle in before your oil service, drive 1000 miles and then replace your engine oil and pour the rest of the bottle into your crankcase. This will help to get as much dirt and oil out of the engine as possible.

When filling Seafoam, open the oil filter neck and use a funnel to pour in the substance to make it easier for you.

Another great way to use Seafoam is to pour it into your fuel tank to clean the fuel system. Old fuel can cause a lot of build-up in your fuel system parts.

Your fuel system contains a lot of different parts and some of them have really tiny passages, like fuel injectors – which means that they can easily get clogged. These parts will get clogged and you will experience misfires or severe engine damage.

When you pour Seafoam into the fuel tank, it will help to dissolve the build-up inside of your fuel system. One bottle is enough for 16 gallons of fuel which means that it will often be enough to use half a bottle depending on the size of your fuel tank.

The intake system often gets very dirty with a lot of build-ups during the years. Carbon build-up inside of the intake and the throttle body may cause conditions like misfires or lean/rich fuel mixture.

The best way to do this is to make use of a friend. Remove the hose in front of the throttle body and tell your friend to start the car and rev it up to 2000 rpm.

While the car is running at 2000 RPM idle, you should carefully pour the Seafoam spray into the intake. You will notice when you use too much spray because the engine RPM will decrease. You want to pour in as much as possible without making the engine die. 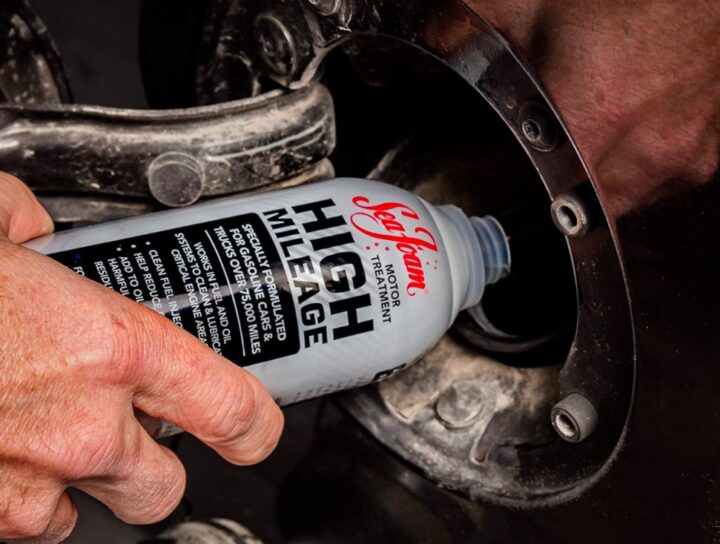 Some say it does not have a use in today’s modern 4-stroke engines when it was originally designed for 2 strokes. These crude motors would mix crud motor oil with gasoline in the engine. This would create a really dirty engine leaving crude waste in the engine block as well as out the exhaust.

They lasted minutes compared to today’s 4 stroke miracles. But it was designed for one key thing: keep an engine free of build-up. In the case of 4 stroke engines, Seafoam still has a lot of uses today.

Without oil sludge and build-up, your engine component will get more lubrication and better oil pressure, and this will, therefore, give you a much quieter & healthier car engine.

Increase your MPHs with the better air-fuel mixture and lesser friction of your internal engine parts, your car engine will most likely save your emissions. This is both good for the environment and any emission test you will do in the future.

Also, because of the better air-fuel mixture and lesser friction you might feel a great boost regarding your engine’s performance when you are pressing the accelerator. Friction will cause your engine to wear out very fast.

Also, dirt inside of the fuel system can cause lean conditions, which may also cause serious damage to your car engine. By using Seafoam for maintenance, your car engine will last longer and you will save money in repair costs.

Seafoam is a great product for those who want to clean their fuel & engine systems of sludge and contaminants. You can also use a special Seafoam spray in the air intake or use the Seafoam in the crankcase.

You will most likely experience fuel efficiency, performance improvements, and a much quieter car engine by using Seafoam.

How Are These The Best 12 Volt Air Compressor For Off Road?